IF SCREEN GETS PIXELATED, GO INTO SETTINGS AND TURN UP THE BOTTEM BAR!

For the best experience, play the windows or max download, not the web version. The web version is laggy and has a few bugs that do not appear in the download. If you are rating this game for the game jam, it would be appreciated if you played this version.

You are an old glowflower farmer. You go into the forest to collect some more glowflowers to sell, but a wizard slime appears from seemingly nowhere! It tells you that you have committed several war crimes against the slimes and glowflowers and must be punished. The next thing you know you have turned into a slime!

After this you go further into the forest, but are met with more slimes! They start to steal the slime from your body! Shoot the slimes with your own slime, and then collect the slime particles that the enemies drop.

Don't stop collecting the particles, or you will end up as a pile of mush.

Performance fix - A small fix has been uploaded that fixed performance and adds a render scale option in the settings for slower systems.

Hey, so here are my thoughts on Glowflower:

The movement system + sounds are really satisfying, it all fits well with playing as a slime and adds to player immersion. You might expect the forced jump movement to be frustrating, but I found it sufficiently maneuverable to be pretty fun actually!

I like that there was a story cutscene at the start, but it lead me to think that in the level I'd need to collect the glowflowers (especially since that's the title of the game!), but since that's not the case I'm not sure the intro matches the gameplay all that well. Perhaps the story could be that once you become the biggest slime you can duel the slime wizard and become human again.

Maybe I'm just bad at the game, but I felt like killing other slimes never really helped much with increasing my size, and eventually there were just too many enemies to survive. It'd be interesting to see slime factions that fight amongst themselves, so the player doesn't always feel so hunted and they could temporarily join one side of the fight, or try to swoop in and steal the slime particles after a fight between 2 AI slimes.

Overall it's fun to swoop around and fight the other slimes, I think this is a great start and you could develop things further by adding more fight mechanics, obstacles in the level, different enemy types, and a full story (wizard slime is final boss?). Congratulations on getting this done in such a short amount of time, and keep up the good work! :)

Thanks so much for the amazing feedback! The reason slimes start spawning very quickly is so the games don't last too long (I should probably higher the spawn rate cap). And the enemy slimes don't drop too much for balancing reasons. I really appreciated the cool ideas you have!

Please play the download version, not the web version if you are rating for the game jam 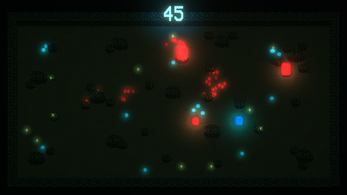 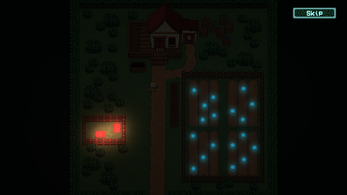 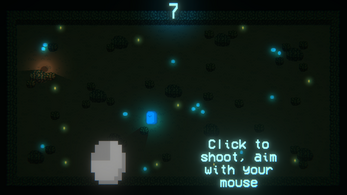